Atlantic Reaches Out Across The Country 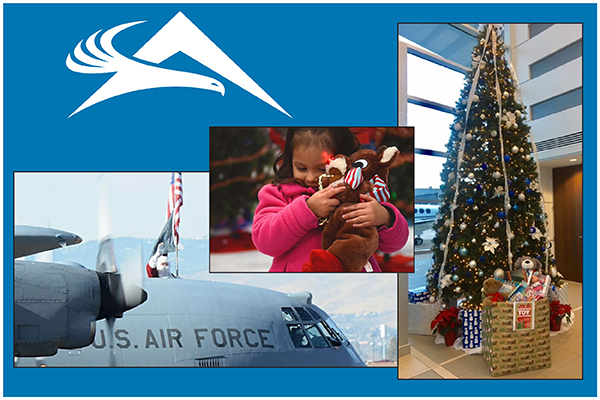 The holiday season is commonly referred to as ‘the most wonderful time of the year,’ but for many that’s just not the case. Our compassionate employees find so many ways to help others throughout the year, and the holiday season is no exception. No matter what the need is: food, toys, basic essentials, or help getting Santa from point A to B, Atlantic steps up each and every year with heartfelt contributions and support.


Addison (ADS), Austin (AUS), and Houston (HOU) all separately coordinated very successful Toys for Tots drives, in which they received toys from employees, tenants, and customers. Toys for Tots is a program that was founded in 1947 and is ran by the United States Marine Corps Reserve. They distribute toys to children whose parents cannot afford to buy them gifts for Christmas. AUS also collected food items to donate to the Capital Area Food Bank. 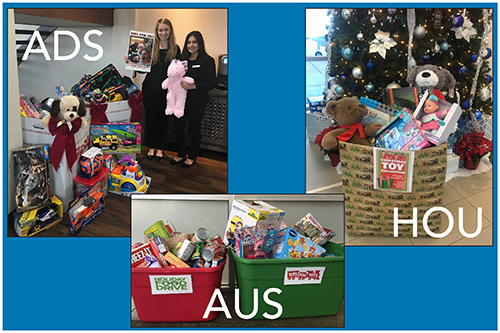 Orlando (ORL) held a food drive which turned out to be a huge success. With an amazing group effort by customers, tenants, and employees, ORL was able to donate 394 lbs of food and a $50 donation to the Second Harvest Food Bank of Central Florida! 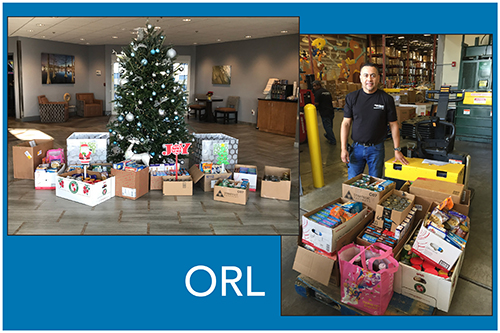 Palm Springs (PSP) helped to support 2 large families during the holidays through Salvation Army’s Angel Tree. They were able to get everything these families needed and wanted for a happier and joyous holiday.


Chicago (PWK) employees joined forces in an effort to brighten the spirit of the homeless in Chicago. In order to most effectively canvas downtown Chicago and reach as many of the needy as possible, the PWK group divided themselves into three ruck groups equipped with backpacks full of winter hats and gloves, socks, and $5 McDonald’s and Dunkin Donut gift cards, which would provide a warm meal, and also brief shelter for it to be enjoyed at a time of their choosing. As part of this effort, there were also customer financial contributions that were made to aid in the mission. All in all, the group was able to reach and provide supplies to approximately 90 of the city’s homeless.

Reno (RNO) hosts an annual event in their hangar in conjunction with the Reno Tahoe Airport Authority and the Reno Tahoe Aviation Group (the local pilots association). This event sponsors disadvantaged families through The Children’s Cabinet and ‘adopts’ them by groups from around the airport and the surrounding community. Atlantic RNO adopted 2 families in addition to providing the hangar space and ramp handling, which included a parade of 25 aircraft preceding Santa’s arrival on the C130 – Santa 01. In total, 23 families were adopted and were able to receive presents and a fully decorated tree to take home and make the holidays a little brighter. 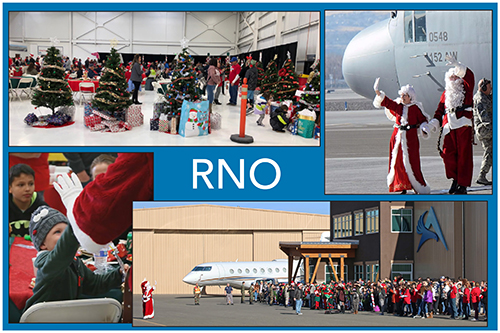 Santa Barbara (SBA) also coordinated a Toys for Tots drive as part of their annual holiday contribution, but in addition to collecting toys, they also decided to sponsor food for a pizza party for Girls Inc., a nonprofit organization that encourages all girls to be ‘Strong, Smart, and Bold’ through direct service and advocacy. SBA is also a long standing sponsor for the United Way of Santa Barbara and added on to their support by purchasing gifts for 5 families. 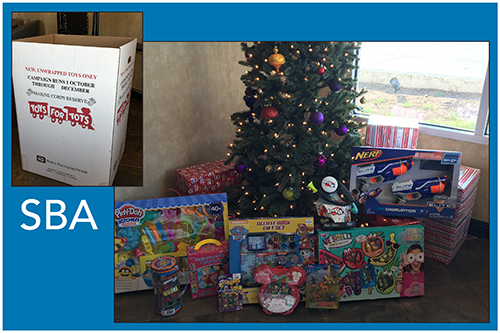 Santa Ana (SNA) continued their tradition of hosting the Snyder Langston’s 19th Annual Build-A-Bike which they’ve done for 6 consecutive years. Over 150 bikes were built and donated to local at risk children and teens through Orangewood Foundation and The Wooden Floor. Atlantic donated 15 bikes and provided the hangar for the bikes to be built. 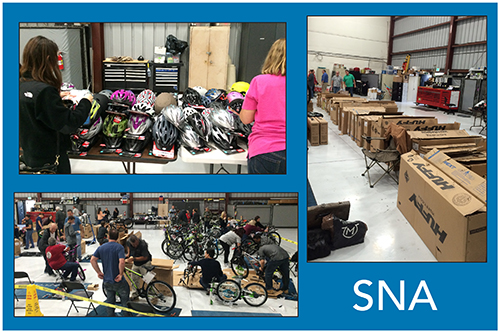