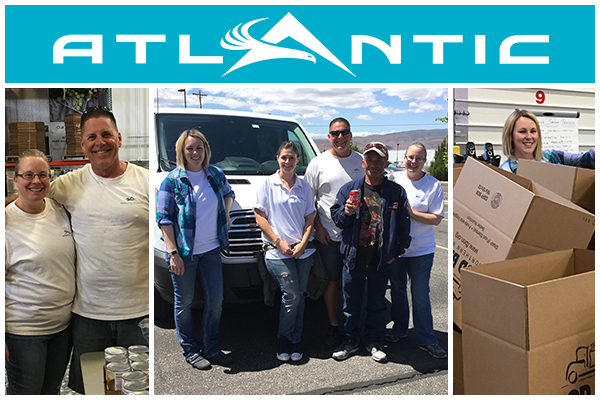 Atlantic Aviation in Reno (RNO) has made it a point to be more involved in giving back within their community this year. After several employees threw around some ideas, they chose to come together and donate their time and efforts by volunteering for the Food Bank of Northern Nevada (FBNN).

The FBNN is a nonprofit regional food distribution center that provides emergency food services to more than 95,000 people each month. Servicing a large area of 90,000 square miles in northern Nevada, the Food Bank also works with a network of more than 140 partner agencies.

The Atlantic RNO team grouped together on a Saturday during their time off of work to volunteer in the distribution center. They sorted and packed various food items, and additionally, they helped create and pack over 600 meal boxes for the senior community that day. Not only did the Atlantic RNO team find value in making an impact in their local community, but by partnering together in this effort, it additionally created a team building event that they will never forget.
BACK TO ALL Atlantic Cares