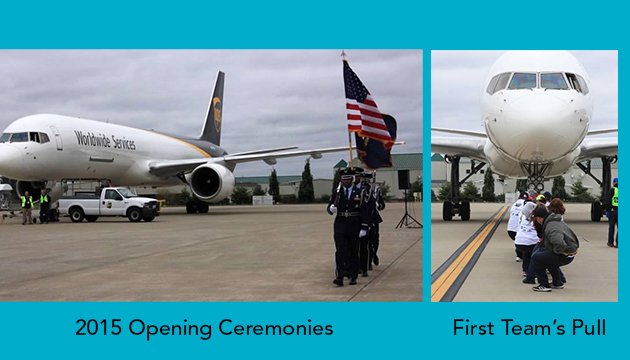 Each team was made up of 15 members and pledged to raise at least $1,000 in order to pull UPS’s Boeing 757 for charity. The theme of the day was Super Heroes, and even though the weather did not cooperate at times, all had a great time and enjoyed the day.