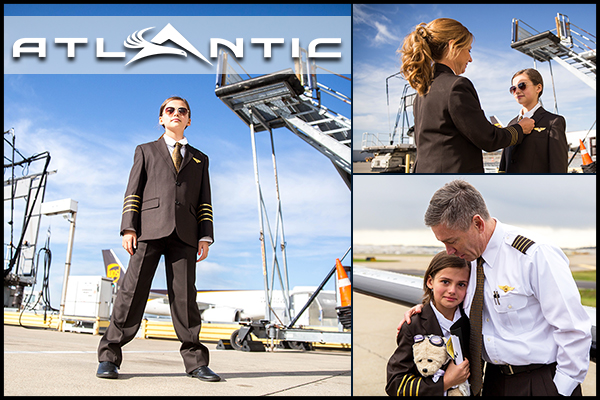 Taylor is a 10 year old girl with big dreams of being a pilot. Ever since she was a very young child she has loved airplanes. Taylor says she doesn’t just want to be a pilot, but that she feels she needs to be a pilot. Taylor and her family reached out to UPS with her wish as part of UPS’ Wishes Delivered Campaign. UPS steps up every holiday season with this annual campaign to grant wishes for their customers while also donating to their charity partners.


UPS Chief Pilot, Captain Dave Smith, contacted Atlantic in Louisville (SDF) to inquire about visiting in a Beech Baron to grant Taylor’s wish and fly with her on her first flight. Atlantic SDF was thrilled to have the opportunity to be part of Taylor’s dreams becoming reality and at such a young age. As Taylor took control of the yoke in the Baron, her face lit up with excitement and enthusiasm. Watch the entire video HERE that UPS put together of Taylor’s exciting day and delivering her wish of being a pilot.


Atlantic is proud to help support the future of aviation through outreach programs with our partners. Atlantic SDF graciously provided services, support, and fuel for Taylor's flight at no cost. Captain Dave Smith wrote to Atlantic SDF to thank them for their hospitality and eagerness to help make Taylor’s wish come true. His comments included, “Thank you! The kindness you and your entire team demonstrated at Atlantic Aviation on Wednesday for UPS was remarkable. You and your team helped make the day special and a tremendous success. Everything was perfect, from positioning of the airplane to being there for anything we needed.” Captain Dave added, “Together we made something special happen for Taylor and hopefully for the aviation community. Thanks for playing a big role in helping the day go smoothly. We could not have done it without Atlantic Aviation’s help. Very much appreciated.”


Thank you UPS, for allowing us to be involved in Taylor’s dreams coming true.
BACK TO ALL Atlantic Cares