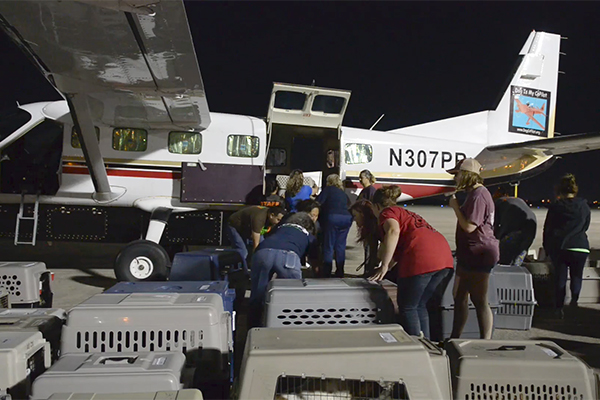 In the early morning hours of Friday, May 12, 2017, Atlantic SKF was honored to help San Antonio Pets Alive! relocate over 50 dogs that they rescued and saved from being euthanized at a local shelter. These dogs were put on a private flight provided by Dog is My CoPilot who specializes in relocating rescue dogs to areas of the country that have a large demand for pet adoptions.

San Antonio Pets Alive! has a vision to make San Antonio a no kill community. In 2016 alone, they transported over 500 dogs around America and have recently increased their transport numbers to over 100 dogs a month. This was the first air logistics effort by San Antonio Pets Alive! to relocate rescued dogs. It proved to be a success with the whole operation, from arriving to the airfield to the aircraft taking off, taking just around an hour.

"This is a very exciting day for our organization," said San Antonio Pets Alive! Executive Director, Maureen O'Nell. "We look forward to having several similar missions in the near future. We appreciate the efforts of those involved in making this day possible - our volunteers, our partners, and our new friends at Atlantic for giving us a great location to make this big maneuver easy." 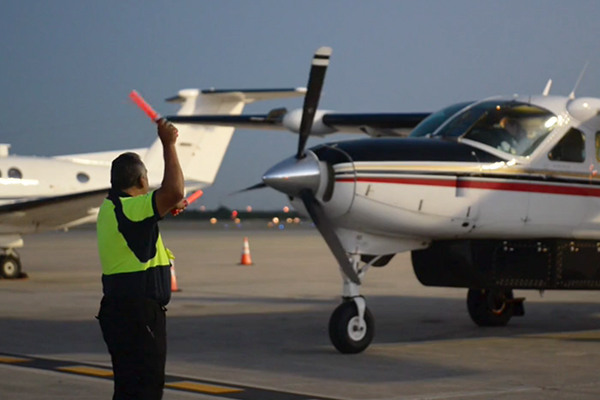 Atlantic Aviation was very excited to be a part of this special rescue mission.

Dwight Randolph, General Manager of Atlantic SKF stated, "We've been supporting all types of aircraft and missions over the course of almost 20 years. From the largest military aircraft to private, cargo, and charter flights - we're here to serve all types of clients. This includes our four-legged friends."