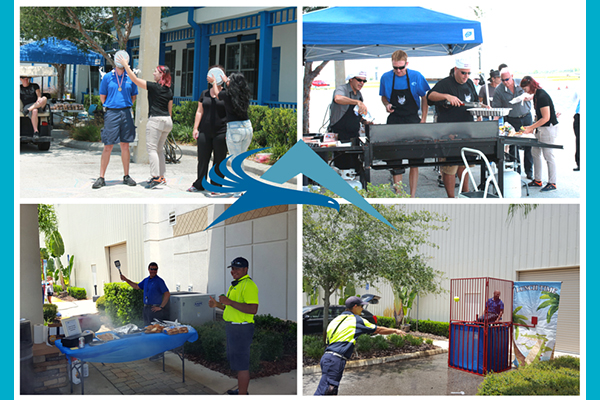 The Orlando community was rocked after the domestic terrorist attack at the Orlando nightclub, Pulse, in June 2016. Atlantic's two Orlando locations, ORL and MCO, pulled together to give back to their traumatized community.

Not only did this hate crime affect the over 100 direct victims but this attack also obviously affected the friends and families of the victims, the Orlando community at large, and emotionally shook uncountable numbers across the country.

While their community was still in mourning, Atlantic ORL and MCO jumped into assistance mode and brainstormed ways to reach out and help. Each location organized fundraisers that featured lunch (with food generously donated by vendors and tenants) and some fun activities intended to generate donations. Both locations each saw dozens of employees, customers, and airport personnel that came out to offer their support.

The events were both very successful and Atlantic Aviation generously matched the contributions which were all given to the One Orlando Fund.
BACK TO ALL Atlantic Cares