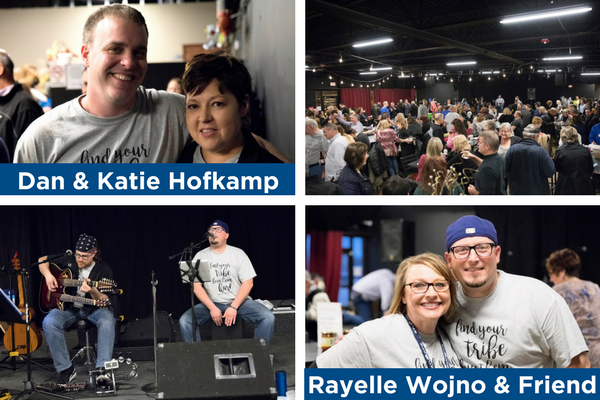 Rayelle Wojno, from Atlantic Aviation’s Sales and Marketing team, has a close friend, Katie Hofkamp, in end stage renal failure, which is also causing many other complicated medical issues. Katie is a wife and mother of an adorable and outgoing family. Katie and her husband love to give to their community and support their son and his entire team in their sporting adventures.

It’s for these very reasons that Rayelle rallied her closest friends and they all started organizing a benefit for this precious family. They knew they couldn’t really do much for the Hofkamps when it comes to the mental and emotional stress they are under, but they knew they could make a difference for them financially to help ease some of their financial burdens.

Rayelle and her friends started reaching out and asking for donations for the benefit, and Rayelle volunteered to have her house be the drop off and creation zone for all the donations and the basket making. They were overwhelmed by the outpouring of support from local businesses, families, and friends. In about a two month time period, they collected enough donations to put together over 90 baskets to be raffled off on the night of the benefit. Each basket was worth about $150.00, which shows just how many donations were brought in! In addition, there were about 12 big ticket items, such as, Chicago Cubs tickets, Chicago White Sox tickets, Chicago Blackhawk tickets, a Stratocaster guitar and amp, a men’s designer watch, and a Hearts on Fire diamond pendant.

Over 600 people attended the benefit to help support the Hofkamp family. To say it was an epic event would be an understatement. There was great food, live entertainment, and even a photo booth, all remarkably donated. The family was overwhelmed by the show of support from event start to finish.

All of the donations, raffles, and additional fund raising efforts brought a large amount of financial support for the Hofkamps. Katie and her family have a long road ahead of them with continued medical requirements for Katie’s failing organs, but there is no doubt that their friends, especially Rayelle, will be there to support them every step of the way.
BACK TO ALL Atlantic Cares