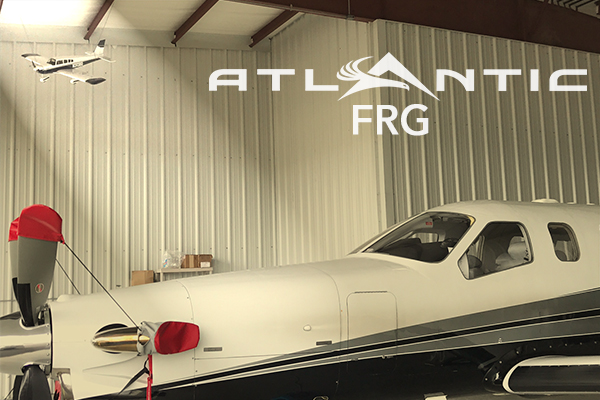 Atlantic Farmingdale (FRG) has had the honor of not only watching but also being part of a true lifelong friendship between two tenants. Mike P. and Neil M. have been friends since childhood. In their early years of flying, Neil made a model airplane of Mike’s first aircraft, a Piper Dakota. This model sat in the back of Mike’s T-hangar for as long as anyone could remember. It not only stirred up some great conversations through the years, but it was a true example of Mike and Neil’s friendship.


A couple years ago Mike passed away after his battle with cancer. His model airplane continued to sit in the back of the hangar. Everyone at FRG knew the story behind this model and what it symbolized, but after years and years of sitting in a hangar, it was in serious need of some TLC.


FRG line service technicians, Mike G. and Dean B. both love radio control airplanes and as a hobby they build them from the wheels up and fly them. Mike and Dean also were familiar with the model Dakota sitting in the hangar and took it upon themselves to completely refurbish it. When they were finished, they went into the T-hangar where Neil keeps his plane, and they hung the model from the ceiling overlooking Neil and his plane. It was just as if Mike was looking down from the heavens and watching over his dear lifelong friend, Neil! Neil was so appreciative and emotionally moved by their dedication and hard work in preserving Mike’s model aircraft. He even posted a loving note on social media thanking both Mike and Dean.


Anyone could have easily trashed an old model airplane sitting in a hangar, but Mike and Dean’s compassion and dedication showed through when they decided instead to honor a very special friendship.