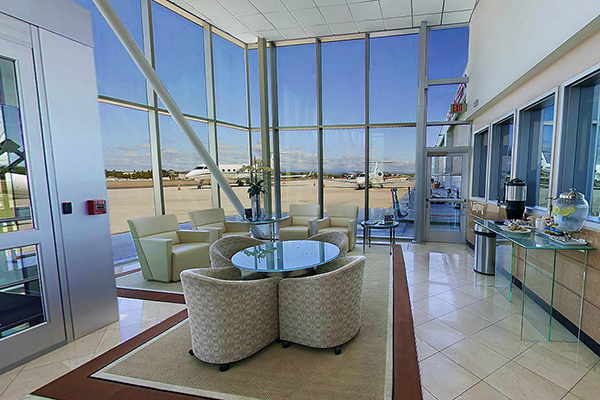 Atlantic Aviation has acquired the FBO operations of Premier Jet at Carlsbad, CA. Atlantic commenced operations at CRQ on December 18, 2015 marking the addition of a 10th location in California to its nationwide network of facilities.

The CRQ FBO is located on approximately 15 acres at the McClellan-Palomar airport making Atlantic Carlsbad the gateway to and from San Diego’s North County. The facility boasts 131,000 square feet of hangar space and over 60,000 square feet of office space. The arrival /departure lounge offers beautiful views of the large ramp and is tastefully appointed in sleek modern décor.

“Carlsbad is a perfect complement to our already strong presence in the California market,” stated Lou Pepper, CEO of Atlantic Aviation. “This remarkable, pristine facility is a proud addition to the Atlantic family of FBOs.“