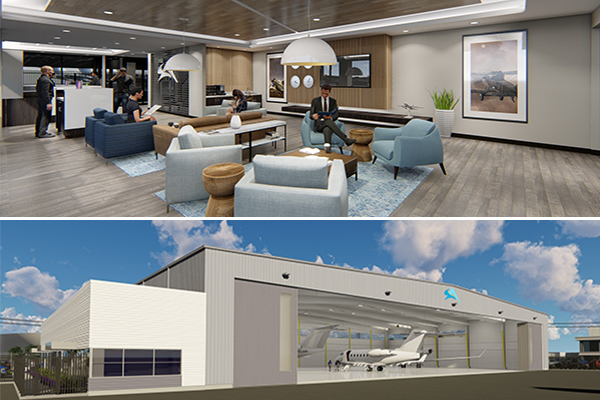 Atlantic Aviation Addison, Texas, today announced that is has signed a 40 year lease extension with the City of Addison.

With the lease extension, Atlantic Aviation has committed to a major expansion and upgrade of its FBO on the airport. The expansion includes construction of a new 28,600 square-foot-hangar designed to house large cabin aircraft. The hangar will also include office space for flight departments and other support functions. In addition, Atlantic will renovate two existing hangars and the FBO lobby.

The $15 million project will be completed in phases with work on the first phase expected to commence upon completion of design and permitting. “These improvements to our facilities and operations demonstrate Atlantic’s commitment to the Addison/Dallas market for the long term,” said Steve Hirschfeld, Senior Vice President Atlantic Aviation.
BACK TO ALL News