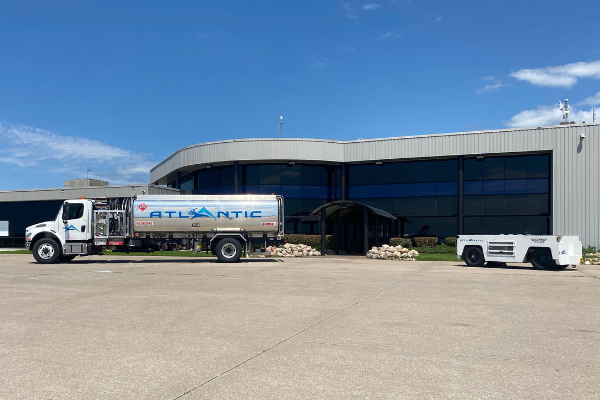 Atlantic Aviation announced it has added significantly to its network presence and operational leadership with the completion of its combination with Ross Aviation. In addition, the Company has acquired three former TAC Air fixed-base operations at Omaha, Nebraska (OMA); Raleigh-Durham, North Carolina (RDU); and Hartford, Connecticut (BDL). The combined companies and new locations will operate under the Atlantic Aviation brand name and will build upon their shared cultures of safe, efficient and friendly FBO services across North America.


In addition, the Company will be investing significantly in enhancements to its service, technology, sustainability and strategic infrastructure in order to provide more choices, improved experiences, and better value for customers – as well as additional benefits for team members and for the communities they serve. Providing a safe, friendly and familiar experience across North America is a hallmark of Atlantic Aviation, something the Company describes as being “local everywhere.”


“’Local everywhere’ is more than just a slogan,” said Lou Pepper, CEO of Atlantic Aviation. “It’s a belief that ensures we’re not only where our customers want to be, but also that we reflect the culture of all of our local communities. It’s a meaningful point of differentiation over a cookie-cutter approach to service, and it’s something our customers truly appreciate.”


The business combination and recent acquisitions leverage the hospitality expertise of KSL Capital Partners (KSL), Ross Aviation’s principal owner for the past six years and now a significant minority owner of Atlantic Aviation, with KKR’s deep experience creating value in strategic infrastructure investments. KKR acquired Atlantic Aviation in 2021 and is the majority shareholder in the combined company.


“This combination brings together two highly regarded and complementary franchises to create an even stronger leadership presence in business aviation services,” said Dash Lane, Partner at KKR. “We are excited to join with the KSL team to support the new Atlantic Aviation as it pursues its strategy for delivering superb customer experiences and driving long term sustainable growth.”