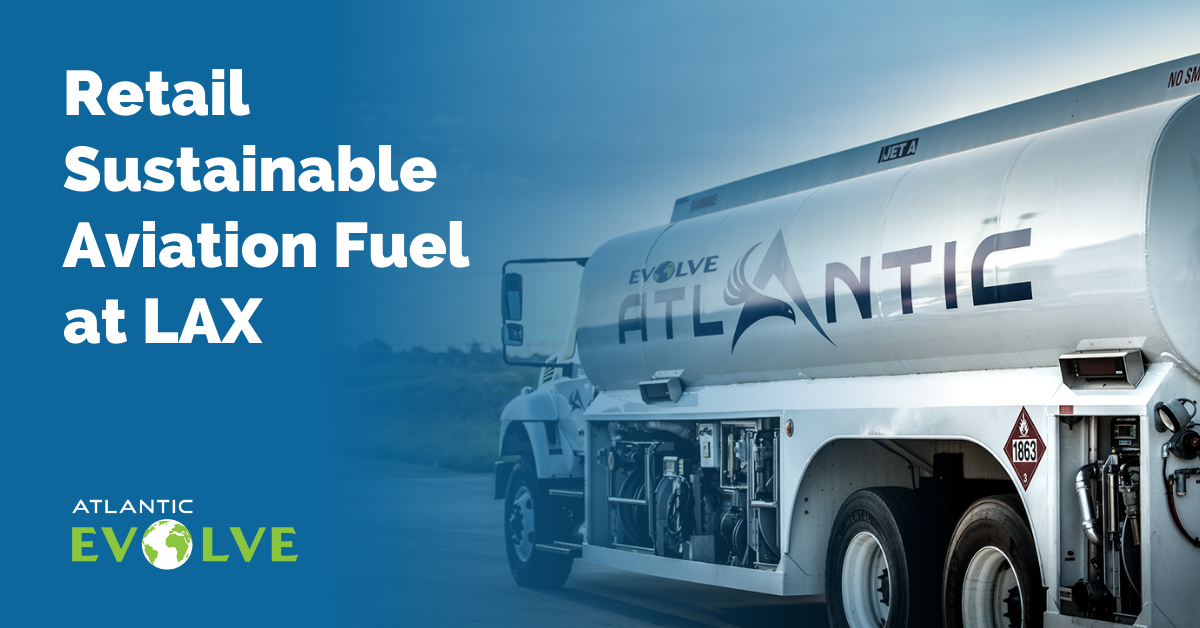 
Atlantic Aviation, one of the leading networks of fixed-based operators (FBO) in North America, announced that effective today it is offering sustainable aviation fuel (SAF) for retail sale from its FBO at Los Angeles International Airport (LAX).

This new offering shows Atlantic Aviation’s continued commitment into the new year to match or potentially exceed last year’s threshold of reducing 10.8 million pounds of carbon emissions through the supply of SAF at the company’s LAX facility. The SAF is fully miscible with conventional jet fuel and is expected to account for 8 percent of Atlantic Aviation’s total jet fuel volume at LAX over time.

“We are excited to announce LAX as the first Atlantic Aviation FBO to offer retail SAF given its location at the epicenter of the entertainment industry and importance as a West Coast destination for our clients,” said Richard Thacker, Director of Operational Strategy at Atlantic Aviation. “We look forward to continuing our commitment to being a national leader in sustainable aviation practices by continuing our work with LAX. We are dedicated to carbon reduction, the implementation of sustainable fuel, and progress toward carbon neutrality more broadly.”

This offering is the latest in a long line of sustainability initiatives that Atlantic Aviation has undertaken. In April 2021, the Company’s LAX FBO announced that it would replace 100 percent of its fossil-based diesel fuel with renewable diesel, which is primarily used in ground support equipment operated by Atlantic Aviation and its customers. This fuel is derived from fats, vegetable oils, and waste cooking oils and can be used interchangeably with traditional diesel.