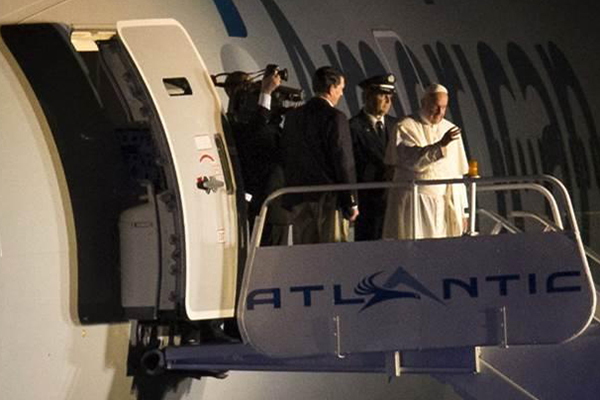 On a historical visit to the United States, Pope Francis concluded his tour with a visit to Philadelphia International Airport on the final leg of his East Coast visit.

The World Meeting of Families selected Atlantic Aviation as the site of the Pope’s farewell address prior to his departure back to the Vatican.

The venue was hosted in one of Atlantic’s corporate hangars, where 500 VIPs and volunteers were graced with an intimate and private audience with the Holy Father. Those in attendance included Vice President Biden and his wife, Pennsylvania Governor Wolf, local dignitaries, business leaders and numerous Bishops and high ranking clergy.

The Holy Father proceeded to greet all those within arm’s reach before departing to a private meeting with the Biden family. Shortly thereafter, he gave his final blessings from the top of the Atlantic Aviation stairs, and bid farewell to the City of Philadelphia.