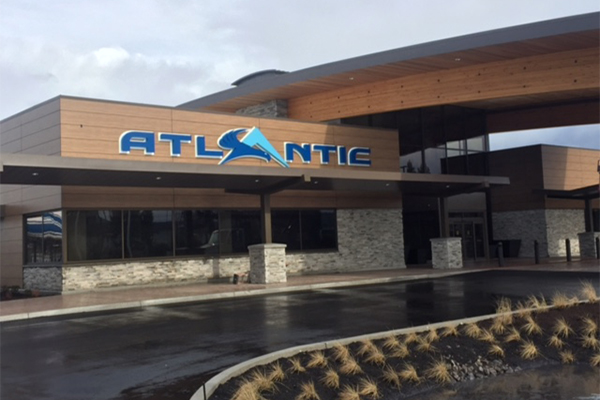 Atlantic Aviation has recently completed construction on a new FBO project development in Portland, Oregon.   The campus includes two 30,000-square-foot hangars, capable of housing aircraft up to G-650 and Global 6000.  Additionally, there is 15,490 square feet of prime office/shop space.  The FBO terminal is 12,112 square-foot with auto parking for 235 vehicles.

The FBO features an expansive lobby with two impressive fireplaces and several designated seating areas. The design elements include stone and reclaimed wood, which imparts a Northwest feel.  There are two conference rooms appointed with the latest enhancements in audio and visual technology.  The FBO has a café area that can be used as an observation point to view aviation activity on the aircraft ramp.

The Project was designed by J. R. Miller and Assoc. and developed by Centrex Construction.