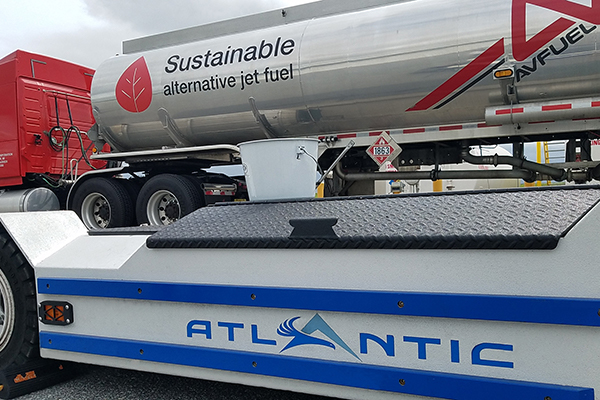 “Atlantic is committed to driving sustainability in aviation by making SAF available in ILG and in other markets as the product becomes widely available. This is on top of ongoing efforts to reduce our carbon footprint through conservation and other initiatives designed to reduce our impact on the environment,” said Tim Bannon, chief operating officer of Atlantic Aviation.

Utilizing SAF to fuel business jets reduces emissions and the impact of the aviation industry on the environment. The single load of SAF, delivered by Avfuel Corporation for a flight department through Atlantic Aviation, totaled 7,300-gallons, making for a two metric ton reduction in CO2 emissions compared with fossil-based jet fuel.

“Avfuel is thankful to Atlantic Aviation and its flight department customer for taking this important step forward in sustainability,” said Keith Sawyer, Avfuel’s manager of alternative fuels. “We look forward to supporting more customers as we work to make sustainable aviation fuel attainable on a commercial scale.”

Atlantic is keeping sustainability at the forefront in its operations via a range of short- and long-term objectives. Current initiatives include energy conservation by converting to LED lighting, reducing carbon emission by replacing fossil-fuel powered equipment and vehicles with electrics, and implementing environmental programs aimed at water conservation and waste reduction.